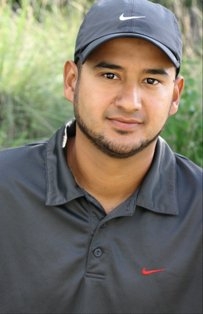 Rodney grew up in Bruni, Texas and started playing tennis at the age of eight. He began competing in USTA sponsored tournaments and won his first tournament at the age of ten. A three-sport athlete while attending Bruni High School, Rodney had a stellar high school career that included advancing to the Texas State Tennis tournament two consecutive years. He also achieved a super champ ranking in Texas through the USTA ranking system.

After graduating from high school, Rodney attended Texas Lutheran University in Seguin where he earned a Bachelor of Science in Kinesiology and was a four-year letterman and three-time captain on the Bulldog Tennis Team. Rodney was selected as All Southwest Conference each of the four years he played tennis at TLU. He also helped lead the TLU Bulldogs to two American Southwest Conference Championship tournaments, including the first in school history in 2005.

Upon graduating from college, Rodney began coaching the intramural tennis teams at San Antonio College and has played an integral role in developing both the men's and women’s programs. He has also continued to volunteer at both his high school and college alma maters, providing lessons and helping to coach the schools' tennis teams.